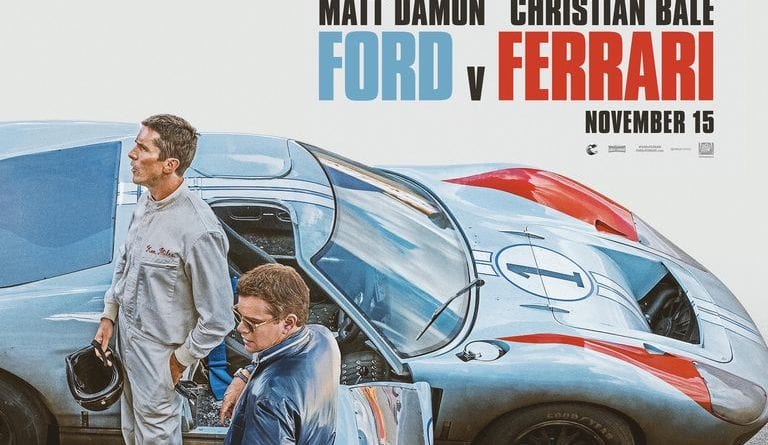 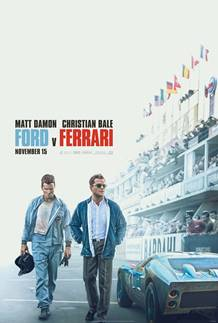 Yours truly got invited to take his family to an advanced premier preview of Ford v Ferrari starring Academy Award®-winners Matt Damon as famed Car designer Carroll Shelby and Christian Bale the amazing driver Ken Miles. For this review, I’ll attempt to be brief and attempt to give no spoilers that are not already given in the trailer, or already recorded in the annals of history. I’ll tell you what I loved and the one thing I hated about this movie.

A battle of wills

This movie is not a biography of Carroll Shelby or even Ken Miles per se. However, it is a story based on the book “Go Like Hell: Ford, Ferrari, and Their Battle for Speed and Glory at Le Mans” written by A.J. Baime. I have to confess I have never read the book so a lot of my references to the book can only be a bit of conjecture on my part.  but many of us Car aficionados know the base story of Caroll Shelby and the part he played in the battle portrayed in this movie.

The Battle was more than just the obvious of Ford v Ferrari. It was the control needed to get what was needed to be done to win Le Mans. It was the vision of a young Lee Iacocca played brilliantly by the way by Jon Bernthal that convinced Henry Ford the 2nd to begin construction of a car to win the race of all races. the 24 hours of Lemans. But who would control that destiny, Would it be Carrol Shelby and Ken Miles or would it be the high-level executives at Ford.

The cinematography of this film is subtly great. It’s not in your face like a Star Wars movie which, don’t get me wrong, has its place.  But the subtlety of shots portrays the way racing used to be. An accident that was all the way across the track could not just be seen on a monitor. Because of this, in the pit’s you literally had to wonder along with Caroll Shelby, is my driver coming around that corner or not? and the way this movie is shot subtly makes you realize that. Check out the below trailer:

To me, this movie is like Apollo 13. You know what happens. You know they all make it home in the end. Ford v Ferrari is the same thing. You know Ford beats Ferrari. But the Dramatization and acting still put you on the edge your seat. people in the theatre applauded the wins as if they were there. They, like myself, were moved by the acting that made us realize that even though we know what happens you genuinely wonder what those people were thinking back then and feel their helplessness and their uncertainty.

Ken Miles, played brilliantly by Christian Bale, reveals what every single man that is a real… Hmmm, What should we call ourselves? Car Nut? Petrol Head? Gear Head? Take your pick, but if you are one of the above this movie reveals our coveted secret. When we are alone in a car that we love… We talk to it… Ken Miles talks to the GT 40 to coax that extra oomph and reassure the machine it can go further… We do this, and it’s a secret I’m not sure I’m happy about being in the open… But I digress…

This movie is good enough for everyone to see. Car buffs and non-car buffs alike should enjoy this movie. Damon’s portrayal of Caroll Shelby is actually pretty good and while often I find Christian Bale to be a bit wooden, he is excellent in the movie and I think worthy of at the very, least of a Golden Globe nomination. But what do I know, I’m just a car guy.

I laughed I cried, I almost peed my pants… It’s a 2 and a half hour movie but it moved fast… No pun intended… Go see this movie and let me know what you thought. 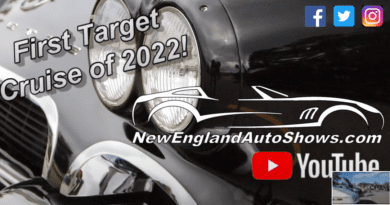 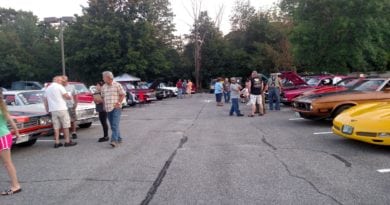 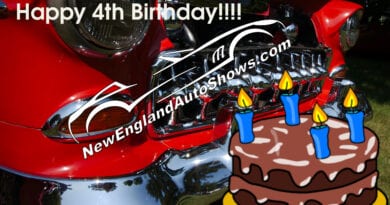